Elon Musk's Hybrid Takeover Strategy of Twitter ![image.png](https://images.hive.blog/DQmT5tN7xtPfaEFUJ1DVXAGxgdTzazkpwgGbRGH9ZGEYR5d/image.png) <h2>Elon Musk's M&A Strategy is Unusual, But Fitting for 2022 and Beyond.</h2> Elon Musk decided to put Twitter into a bind. Do they care about money (shareholder value) or do they care about control and virtue signaling? He's made this quite a binary choice that puts shareholders and management in a bind. Musk played his hand about as well as he could given his wealth and celebrity. <h3>You have power when: You don't care OR you have all the money.</h3> Musk has all the money, he's on paper, wealthiest person in the world. Musk also does not really care what anyone says about him because he has built his wealth and name by sticking it to everyone. Avant-garde and futuristic aspirations come before any sort of opulence, flashiness, and self-aggrandizement when it comes to Musk. It is tough to counter him from the perspective of a business that is managed by people who take themselves, their mission, and their business far too seriously. It's not political, it's more about ego and devout religiosity. Musk holds all the cards and he played his hand quite well because he understands the funding and technology landscape quite clearly. <h3>The Incumbent Advantage</h3> When a business concept is created, especially in the technological space, competition is often discouraged. Why fund or build a competitor, when there's a product or service that exists with an established audience? The product/service cashed in on their first or second mover advantage, made the most of the venture capital funding to grow into something larger. In the case of Twitter, it exists. It's a microblogging platform that encourages interaction between all users. Why recreate Twitter? It would be massive violation of "Don't Repeat Yourself", which is a popular refrain in coding. Making a better version of Twitter or any other tech product/service is a challenge of resources and habitual change. It is also a challenge to sell finer points of differentiation rather than a product/service that is much different, but may have a few similar goals. Much like the way Facebook and Instagram can operate (owned by Meta) and Twitter can also operate without necessarily competing in a direct fashion. Elon Musk gets this completely. <h3>Alternatives are Solely Political</h3> Truth Social, Frank, Gab, and Parler are just a few Twitter knockoffs that are geared toward conservative audiences. Mastodon is a Twitter knockoff that is more geared for a left-wing audience. The problem with all of these platforms is that they are also niched platforms of misery. At least on Twitter, much of the content created by users is still apolitical. On these other platforms, it is ALL politics and given the audience, it becomes an echo chamber. It's much like a conservative response to Hollywood where blockbuster films that can appeal to all audiences are countered with "<i>God's Not Dead</i>." https://www.youtube.com/watch?v=fRnbUm48R7c <a href="https://www.youtube.com/watch?v=fRnbUm48R7c">Source</a> Elon Musk understands this quite well. <h3>Elon's Gambit</h3> Buy a 9.2% share of Twitter stock so that his toehold purchase intentions and interest are public. Rather than buy less than 5% in a typical toehold, he wanted more because he wanted this to be a public affair. He would troll around on Twitter, try to be a "Man of the People", and try to get himself on the Board of Directors, eventually opt not to do so. Discoveries get revealed about the role of bots would soon follow and the publicity about the company is certainly not positive. Doing this all publicly makes him look like a reformer who cannot actually affect change in a broken company that carries a lot of power and cachet. Then it's Greenmail Time. Elon Musk puts Twitter in a state of choosing that they cannot ignore, they are on the plank. Give "Billionaire Buccaneer" Elon Musk the entire company for $54 a share or he walks away, dumps his shares at a profit, and it creates a technical sell-off that can plunge the stock price. Musk can use the profits to pay for an alternative to Twitter that is not politically driven like the current alternatives OR he can enter the decentralized realm and lend his personality to it. Once a venture goes political, it is forever tagged as such. Musk's success with a future alternative is to not follow that political path. <a href="https://twitter.com/captainmusk?lang=ar-x-fm">Source for Long Elon Silver image up top</a> @

<div><p><center><b>Whoever is directly controlling the V2K told me to kill myself.<br/>They told me if I killed myself now it would save the lives of countless others.<br/> Saying the longer I wait to kill myself the more people will suffer.</b></center></p></div><br/>They are reckless and should have shown the proper media what they had before taking me hostage for 5 years. I know there are many in prison that dont deserve to be there because of this. Your stay in prison will not be fun @battleaxe and friends. People are going to want you dead when they find out what you did. I hope you die a slow painful death. You sick mother fuckers.<br/><br/> https://peakd.com/gangstalking/@acousticpulses/electronic-terrorism-and-gaslighting--if-you-downvote-this-post-you-are-part-of-the-problem<br/><br/> Its a terrorist act on American soil while some say its not real or Im a mental case. Many know its real. This is an ignored detrimental to humanity domestic and foreign threat. Ask informed soldiers in the American military what their oath is and tell them about the day you asked me why. Nobody has I guess. Maybe someone told ill informed soldiers they cant protect America from military leaders in control with ill intent. How do we protect locked up soldiers from telling the truth? @gangstalking 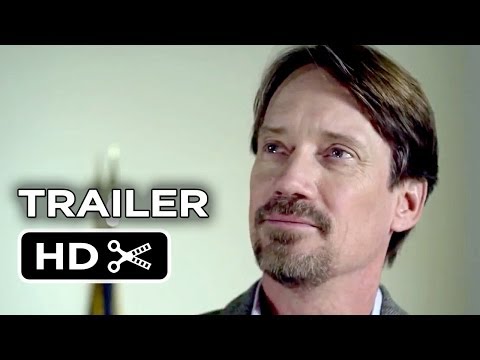