Similar conditions here in KwaZulu-Natal, South Africa with flooding, currently still raining! Death, destruction, poor who suffer most after extended covid lockdown ruling, state capture/corruption, now everyone reeling under the pressure, many not having a roof over their head, food, water or electricity. Will keep you in our thoughts as we deal with problems encountered here from Cyclone Issa. !LUV @joanstewart

This is just so sad. When it rains it pours. multiple disasters. Malakas tayo, we will get up and be stronger. @kraaaaa

Hello! First... Please check [our community page and what we’re about]( https://peakd.com/c/hive-106316/about) ! Thank you for participating in the Silverbloggers Community! I do appreciate you choosing to post here, but would respectfully give you a few pointers!! I noticed that you may have used either images or text that are not your own or incorrect sourced?! As content on this platform is monetised, using other people’s ideas or images could be considered as an offense, which is viewed in a serious light on the Hive blockchain. *Google or any similar platform* is NOT a reputable source for images. I would like to suggest the following websites, that will provide you with good images, and proper attribution: - https://unsplash.com/ - https://pexels.com/ - https://pixabay.com/ But, if the photographs are yours, then let your readers know, by providing some details, like your type of camera! Also, simply adding the following to the end of your post, will provide you with taking ownership of your content... > *All content is mine unless otherwise stated* ...it'll also let your readers know that you care! *** I say these things, out of respect. I want **everyone** to succeed and have a positive experience on the Hive blockchain! Also, I would like to remind you to read the [Rules and Guidelines of our Community](https://peakd.com/c/hive-106316/about); we are not really picky, but we **do** ask everyone to follow them! <center> [![silver_divider_black.png](https://files.peakd.com/file/peakd-hive/mondoshawan/23tm7UaLc76pYmSHzjvoxFkPkfZzAiHisjLZwAUTQxGnKDSXL96oVGDuZfXWecNfbxLUt.png)](https://peakd.com/@hive-106316) </center> @mondoshawan

The rains in the Philippines have ruined lives and people are very worried. The situation in the country is very bad Landslides have killed scores of people and displaced hundreds of people in several villages in the Philippines province of Leyte and Abu Yuga, and hundreds of people have been displaced. But the rain continued to fall. https://www.youtube.com/watch?v=LhaQccsqVQ0 [source ](https://www.youtube.com/watch?v=LhaQccsqVQ0) Thousands of people remained in their homes. Because of the rain, no one could work and no one could come or go anywhere. According to the current situation, floods have started due to rain. It is said that many people have died and more than three hundred people have died due to drowning and many families have been separated from each other. The children are looking for the mother and the mother is looking for her children. "Everywhere you look today, the tide of protectionist sentiment is flowing. ![img_0.7573049073250264.jpg](https://images.ecency.com/DQmRbW6kkZC89kqhzM1ripLwLeBU9q4oZmWFSW2cK4s3GYZ/img_0.7573049073250264.jpg) [source ](https://www.pdrf.org/wp-content/uploads/2021/08/k19_20520105.jpg) https://www.youtube.com/watch?v=rXpbZczBpK0 [source ](https://i.ytimg.com/an_webp/rXpbZczBpK0/mqdefault_6s.webp?du=3000&sqp=CMXM8JIG&rs=AOn4CLAushJI7q9EgsVhwgKLzYT-HjzvBQ) It is being speculated that schools have been closed in the area where the damage has taken place and useless people have been sheltered in the schools. Besides, there is no food available there yet which is why people are very worried. The work of delivering food with the help of people is going on. You may get there very soon but it is a time of great sorrow for the man when his house is being destroyed in front of the man and his little children This is a very sad atmosphere and people should take care of each other in this sad time. ![captureddda.png](https://images.ecency.com/DQmbLAThkKpdAz9b9wHCm5CMCu1PXBsZiLJSHPf3kmCg6sA/captureddda.png) [source ](https://cdn.theatlantic.com/thumbor/0-TM1Dcv8mWYz34UvirZh572Rxg=/1200x828/media/img/photo/2013/08/heavy-rain-floods-batter-philippines/p01_RTX12R93/original.jpg) Philippines landslides and floors are in the near future to face the challenges that climate change would bring along the Philippines will have to be the company's capacity to manage climate-related disaster and strengthen policies to fight climate change now nearing 150 the country was hit by a tropical storm Maggi on Sunday causing widespread a lifetime supporting the Philippines is located on something known as the typhoon belt which is hit by an estimated to winter Storms every year some of the Storms are Catastrophe the Philippines is still reeling from the effects of the super typhoon drive with the country in December 2021 and save more than 300 to the Philippines is among the company's most vulnerable to weather events attribute to climate change has lead to an increase in the quantity and intensity of the rainfall in the country in recent decades the number of rainy Dev increase the Philippines Pila would also rising more than the Global average which means that the low-lying areas in the country would be submerged permanently in the near future also higher syllable counter due to storm surges of up to 15 to 20 putting a trip to the Philippines coastal population informal settlements on the coast a particularly at risk because of weak infrastructure lack of health insurance unlimited access to drinking water rising temperatures have already is damaged coral reef causing a drop in the fish populations climate impact on agriculture also results in an annual GDP of which keeps rising by year from Maggi has already devastated farming and fishing communities the Philippines about the fact that also have said that the agricultural damage caused by it is estimated at more than . @joyceantonio 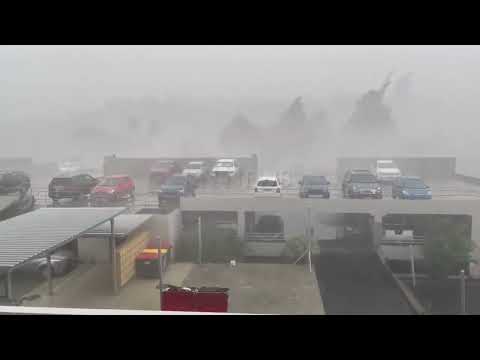